On January 9, 2022, the ruling front Sikkim Krantikari Morcha, lodged FIR against the 10 members of the opposition party at Melli Police Station. The lodged FIR stated that, “while the party workers/members of Sikkim Krantikari Morcha political party were on door to door visit for primary membership drive and calendar distribution of their party at Sadam Tarey Bhir they were intercepted by the party worker of Sikkim Democratic Front and were attacked by them for no rhymes and reasons using sharp weapons, sticks and stone.”

“The attack carried upon the SKM party workers was so violent that they had to run for their lives”, added the statement

As per the FIR copy the allegation has been raised against former CM Chamling for directing the attack and violence. The FIR copy reads that, “SKM workers were attacked vigorously for no reasons and the attack was carried by the direction of former Chief Minister Pawan Kumar Chamling, president of SDF party and Avinash Yakha. The SDF party workers were verbally instigating to carry attack upon SKM workers, the attack was so violent that they had to run for their lives.

The clash of SKM and SDF took place at Sadam, Tareybhir, South Sikkim yesterday which at some point of time turned into stone pelting by both the party workers. As per the sources, it has been learned that the chamling was returning from Sadam, South Sikkim after attending a funeral along with his party workers. Where in between Sadamto Tareybhir, South Sikkim, they were attacked vigorously by throwing stones and pebbles and many people have sustained grievous injuries in head and body.

After the incedent the opposition SDF organised a presser at Namchi South sikkim in which Ramesh Rai stated that, “we are deeply saddened to face this kind of incident as our Party president Pawan Chamling was just returning from the funeral with no intention of creating any rebellious act or without bringing any political issues. But when returning from the funeral in between Sadam and Tareybhir, South Sikkim along with Chamling and his party workers were attacked brutally by the SKM party workers which was very violent”.

Rai further stated that the police officers were just standing and doing nothing in which he stated that “ During the rebellious fight and attacks we were so sad to see police officer standing and doing nothing to control the crowd. This kind of upsetting act shall not be tolerated, as our State is turning into something very different where on cannot even mourn on someone’s death or cannot attend funeral peacefully.”

In counter the SKM party also organised a presser here at capital in which Bikash Basnet Confidential Secretary to Chief Minister said that, “ the way SDF party has been blaming us for creating chaos at Sadam yesterday is purely inauthentic and falsely assumed.”
“ It’s been more than 24 hours but why they are still not lodging FIR This is because, all the police members were present at that moment, they were the eyewitness of that incident. So all this rebellious act was done by SDF party workers carried by the direction of former chief minister Pawan Chamling and created a scenario while victimizing themselves in front of the public and If SKM party workers had created such fuss and chaos, then where is the FIR report?” asked Basnet
“

We strongly condemned all the false accusations that has been created by the SDF members and we also lodged FIR in Melli police station regarding the yesterday’s incident. We strongly believe that the police will take a strict and legal action against all the ten members of SDF party who were present at the spot during the incident that took place yesterday”, added the statement.
Tags
Gangtok News from Sikkim Pawan Chamling politics PS Golay SDF Sikkim Sikkim News SKM 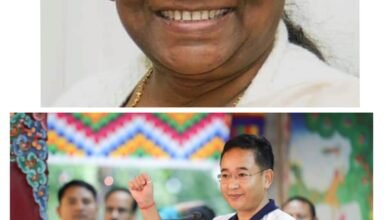 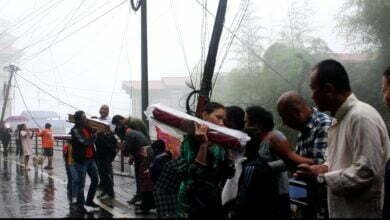 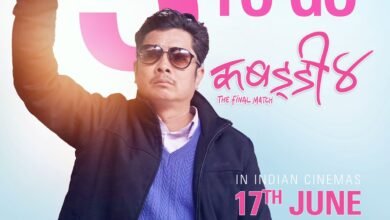