Pawan Chamling shares his experience of attending the Global Organic Expo 22 at Delhi where he was felicitated with the honour of “True Father of Organic State of Sikkim”.

Former Chief Minister and SDF President Pawan Chamling was invited as the Guest of Honour at the 3 day Global Organic Expo held from May 26-28, 2022, at IARI, Pusa, New Delhi.. There, Chamling was felicitated as the “True Father of Organic State of Sikkim” and was introduced as the Brand Ambassador of organic agriculture.

The SDF party president dedicated the honour to Sikkimese farmers, bureaucrats, technocrats, his colleagues and the media who partnered in the mission of transforming Sikkim into world first fully organic farming state.

I was deeply humbled by the honour of being felicitated as the ‘True Father of the Organic State of Sikkim’. I would like share the honour with all who contributed towards making Sikkim the World’s first organic state. I dedicate it to the Sikkimese farmers, bureaucrats, technocrats, colleagues and media whose roles deserve credit.

I am delighted and hugely proud to become a Sikkimese citizen whose state has been globally recognized as a pioneer and leader of organic farming. Sikkim and Organic farming have become synonymous and the organic branding of Sikkim is a momentous feat for us. After Kangchenjunga, Organic has been arguably Sikkim’s second most significant symbol of Sikkim’s global fame.”

Further he added, “I appeal to the Sikkimese people, particularly the young generation, to latch onto this opportunity offered by organic branding and to conquer the world through it.

It is worthwhile to remember how the collective journey we took on 24 February 2003 came to fruition on 31 December 2015 when India’s Prime Minister Shri Narendra Modi declared Sikkim a fully organic state.

Sikkim must never forget the 12 years of hard work, perseverance, dedication and the continued effort of thousands of Sikkimese people that have made Sikkim the world’s first organic farming state by design. This has been one of the most vitally significant messages that Sikkim has given to the world. The world has taken note of it. It gives me immense joy to see how India has made organic farming a vital part of its national vision for agriculture. We are possibly the first country to include organic farming in its national program.”

Address at the Global Organic Expo ‘22

Chamling, sharing what he said in his address at the Global Organic Expo ‘22 stated, “I said that organic farming is a non-violent and environment-friendly form of agriculture whose significance is not only related to human health and the economic gain of farmers but is also vitally related to the long-term sustenance of life in general and the entire creation itself.

Imbedded in this idea is long-term happiness, peace and the security of all. If the world would adopt organic farming, there would be a total reduction of CO2 emissions by 20 percent. Global warming would be reduced considerably. Air, water, soil and the overall environment would be purified. Human sickness and pandemics would decrease by around 50 percent.”

“I say this through my experience that, if our country applies itself to organic farming with earnestness, we can transform India into a fully organic farming nation by 2040. We will be the first nation to achieve this goal in the world. Organic farming is not merely about chemical-free agricultural products. It is about looking for a long-term way to ensure the overall better health of planet earth.” He added. 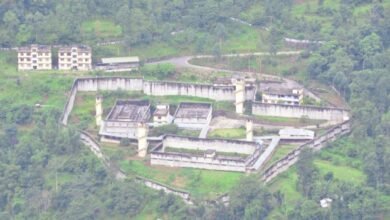 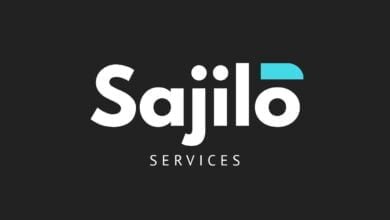