The Fourth International Conference on Vajrayana Buddhism was held at Zhichenkhar in Thimphu, Bhutan. The four-day conference, which began on October 1st 2022, was organized by the Centre for Bhutan and GNH Studies in collaboration with the Central Monastic Body of Bhutan and support from International Buddhist Confederation (IBC), India.

The conference hosted more than 200 participants including eminent Rinpoches, guests and speakers from close to 40 different countries. Two eminent Lopons of the Central Monastic Body of Bhutan, who were presiding over the conference, started proceedings with addresses on Vajrayana Buddhism with profound emphasis on the method of meditation. His Eminence the Second Kyabje Kalu Rinpoche and Venerable Dolpo Tulku Rinpoche from Namdroling monastery from South India gave teachings on Buddhist Yoga (Tsalung Trulkhor) and demonstrated on the same.

The two eminent Buddhist masters traced the lineage of Mahamudra and Dzongchen of Tibetan Buddhism. Her Majesty Queen Mother Ashi Dorji Wangmo Wangchuck inaugurated the first day of the conference with the opening of exhibition on the Calligraphy Art, a form of Buddhist practice by the Tibetan/Buddhist calligrapher Jamyang Dorjee Chakrishar from Sikkim who holds the record for the world’s largest calligraphy scroll (165m long). Her Majesty Queen Mother was amazed by his exhibits consisting of miniature calligraphy formed into various arts like Lord Buddha, 21 Taras, and different mantras, including a portrait of His Majesty The King created from calligraphy on the national anthem of Bhutan.

Jamyang Dorjee Chakrishar was also granted an audience with Their Majesties The King and Queen at their official residence in Thimphu. In addition, His Majesty the King of Bhutan Jigme Khesar Namgyel Wangchuck also granted audiences to all the participants of the Conference. We had also an opportunity to get an audience with the Home Minister and MP of the Kingdom of Bhutan.During the Conference, we had a great privilege to meet with the Indian Ambassador to the Royal Kingdom of Bhutan, Sudhakar Dalela.

It was an active dynamic in relation to the preservation and promotion of History, Culture and Religion of Sikkim and Bhutan.The Conference was attended by a Sikkimese delegation comprising of Secretary, P.W. Rinzing and Research Officer Tsultsem Gyatso Acharya from Namgyal Institute of Tibetology, Ven. Yapo Sonam Yongda Shangpodar, Ven. Yap Lopen Tenpa Gyatso and Dr. Jigme Wangchuk Bhutia from Pemayangtse monastery, a premier monastery of Sikkim along with other delegates.

From Sikkim, Dr. Jigme Wangchuk Bhutia, Assistant Professor, Sikkim Institute of Higher Nyingma Studies (SHEDA), Gangtok, presented a paper on “Minling Jetsun Migyur Paldron’s Contribution to the Dissemination of Vajrayana Buddhism in the Sacred Land of beyul Dremojong (Sikkim)” in the Panel – Women in Vajrayana.We are highly grateful for their warm hospitality throughout the conference which they hosted with aplomb. 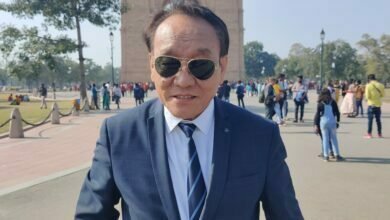 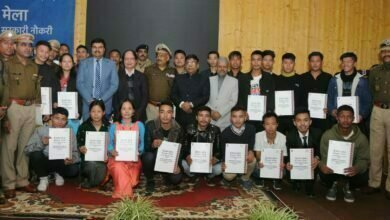