After more than 15 months of the start of the lockdown in the state, the state administration has failed to make a concrete policy in controlling the covid virus in the state. This is the situation even after several directions and advisories of the High Court of the State. A state of little over half million population, being represented to the Govt by 32 MLAs( in state like UP the entire population of Sikkim is represented by 1 MLA) and 12 ministers, Four District Magistrates( the population of over 50 lakh in UP has just one DM), several SDMs, BDOs; not to forget Political Secretaries, Additional Political Secretaries, Chairpersons, advisors, OSDs, and scores of such extra-constitutional appointments made by the ruling party from taxpayers money, is number one in the country in the country of 1300 millions death rate, positivity rate, lowest recovery rate etc. This is despite imposing the longest and stringiest lockdown in the entire country. That means the people of Sikkim faced extreme hardship and yet the state performed the worse in handling the pandemic. What could be more stark failure than this to the Govt running the state.

What the state Govt has done the best is shifting the entire burden of the pandemic to the shoulder of the common people alone.

Now in the most bizarre of the decisions, the Govt is declaring the entire village containment zone if a single person of that village is found covid positive, thereby causing extreme hardships to the rural folks. At a time when the agricultural activities in the villages are at the peak, a regulation like this is hampering the prime bread earning activities in the villages. The Govt has initiated this regulation without giving a thought about the economically marginalized section of the villages, who earn their living through daily wage. Instead of strictly monitoring the house in which the case is detected, the govt is containing the entire village thereby causing unnecessary difficulties to the entire village. Now, in less than a week of the initiation of the new regulation, almost all villages have become containment zone bringing the daily activities of the people to standstill.

We have been seeing numerous complaints of the highhandedness caused by the police to the gullible rural folks. The Govt must order the police force to treat people with sensitivities and respect. They must not forget, they have been paid through these very people’s taxes whom they are harassing.

SPYF requests the Government to relax the new protocol being imposed in the villages, rather work out a logical and rational protocol avoiding all unnecessary hardships to the people. 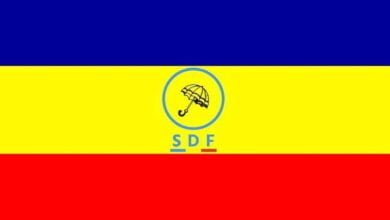