The poster and website for Sikkim Investment Summit launched

The website for Sikkim Investment Summit  (SIS) was launched on August 24, in a press conference event by G.P Upadhyaya (ACS, Commerce and Industry Department Government of Sikkim). The event also saw the unveiling of the logo for the summit.

“Sikkim Investment Summit is the initiative between SEED ( Sikkim Entrepreneur and Economic Development ) Cell  the Department of Commerce and Industries, Government of Sikkim and Tourism and Civil Aviation Department Government of Sikkim. SIS is a 3 day event slated for 13th – 15th of November 2022 at Saramsa Garden , Pakyong. This is the first Green Investment Summit in India with focus on sustainable, economic, social and ecological development.” – SIS

The summit, scheduled in fall this year, will see CEOs and representatives from big companies are expected to attend. The organisers said the summit will be the first investment summit in India with 100% focus on sustainable development.

Addressing media, G.P. Upadhyaya said the investment summit is a first-of-its-kind being held in Sikkim and the Northeast.

The objective of this event was to :
1 attract investment focused on sustainable development

3 aid in policy framework and provide a single window system for improving ease of doing business in Sikkim.

Under the Vision and direction of the Chief Minister P.S Tamang (Golay), the event is spearheaded by a dedicated team from SEED CELL headed by Raj Lama (Chief Coordinator) and a specialty team from Department of Commerce and Industries headed by G.P Upadhyaya (ACS).

“SIS is an honest effort by the Government of Sikkim and SEED CELL to expand the horizon for the Entrepreneurs of Sikkim”, said Raj Lama during the press conference.

G.P Upadhyaya expressed his gratitude towards the Chief Minister for his leadership and support and added that he was very optimistic that SIS will meet the expectations of the CM and the people of Sikkim and stressed that such events should be held at least once in two years.

Curtain raiser events for the summit are planned at Bengaluru and Mumbai which will be attended the CM. The list of investors attending the summit will be confirmed in the last week of September, it was informed.

He said the focused areas would be tourism, hospitality, health and wellness tourism, food processing and information technology and others. “The idea and priority of the Government is to attract investments that engages maximum local youths, Skilled and unskilled,” said the ACS.

In regard to the visit of Prime Minister for the summit, the ACS said, “It is too early to say on the PM’s visit, but yes it is for sure a Union leader will be present at the summit.”

Lama thanked the Chief Minister for hosting such summit in the State. He said, at the summit, “local entrepreneurs will learn from the giants from across the nation attending the summit and bring about opportunities for the educated and skilled youth of the State in the form of employment.”

All local entrepreneurs as well as prospective investors are requested to kindly register themselves in their website. 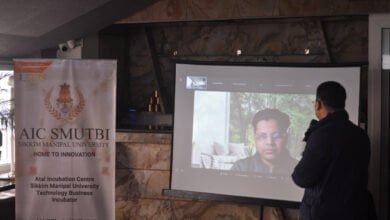