The High Court of Sikkim Issues directions to the Forest, Environment and Wildlife Management Department, Government of Sikkim on the felling of trees.

Disposing of a Suo Moto PIL registered by a resident of Gangtok on the basis of a letter petition on the issue of felling of trees, the Division Bench of Justice Meenakshi Madan Rai and Justice Bhaskar Raj Pradhan, has recently issued directions to the Forest, Environment and Wildlife Management Department, Government of Sikkim for the proper management of forest trees in Gangtok.
Amicus Curiae Jorgay Namka submitted that the Forest Department had to get clearance from the Central Government for the felling of trees. As no such clearance would have been granted by the Central Government the concerned officers deliberately bypassed the clearance process. The High Court cited a poem, On Killing a Tree by Gieve Patel, while considering the PIL, to sensitize the effort that takes into growing a tree.

The court observed that it is the duty of every citizen to be aware and be sensitized about such matters and each individual to always play an active role to protect and prioritize saving a tree.
Although the court was satisfied with the argument that the trees that had already been felled or are proposed to be felled do not come under the definition of a Forest, the court said “Nevertheless, it must be borne in mind that such a circumstance does not license anyone to carry out haphazard deforestation.” The development and preservation must go hand in hand, the court reiterated.

The Bench also noted that there is no specific written policy for the auction of felled trees which ought to include notice to the general public published in a daily newspaper, both in English and the Nepali vernacular, for at least 3 (three) consecutive days.

The Directions issued to the Forest Department (Respondent No. 2) are as follows: –
(i) Immediately develop policy guidelines that shall govern decision making with respect to the Auction of felled trees. This shall not be later than 3 (three) months.

(ii) Eco-sensitive areas shall be given due consideration when felling of trees are unavoidable, imperative and are proposed.
(iii) No tree or pole shall be unnecessarily felled for the personal enrichment of any person.

(iv) Need based felling of identified trees in the 6 (six) remaining Junctions under the Gangtok Smart City Project may be carried out subject to strict and meticulous compliance of the relevant Rules. Due application of mind by the concerned Officers indicating compliance to the letter of the Rules by the concerned Officers must be reflected in their notes and orders.

(v) Once the trees have been felled in the 9 (nine) Junctions, so far as safety allows there shall be avenue plantation of trees. In the event of impossibility of tree plantation in any area, keeping in mind the geographical terrain, then shrubs are necessarily to be planted.

(vi) The construction of the footpaths shall be made around the trees wherever possible duly bearing in mind the decision of the Supreme Court in Rajive Raturi vs. Union of India and Others11 and taking into consideration the movement of physically challenged persons in Wheelchairs and of the visually challenged, on the footpaths.

(vii) Afforestation in these areas shall be carried out as undertaken immediately on completion of the civil works in the Gangtok Smart City Project, viz., in Zero Point Junction, Development Area Junction and High Court Junction.

(viii) The Respondent No.2 in its Report dated 22-06-2020 has stated that a plan with detailed estimates for Compensatory Afforestation has been prepared and the location for Compensatory Plantation identified. The locations have not been disclosed. The Respondent No.2 shall disclose the location to the Petitioner and the Learned Amicus Curiae within a month from and carry out Compensatory Plantation within a period of 1 (one) year.
(ix) Wherever trees have been felled Compensatory Plantation shall be done by planting of trees, viz.; Rani Champ (Michelia excelsa), Pipli (Symingtonia populnea), Buk (Quercus lamellosa), Badrasay (Elaeocarpus sikkimensis), Tooni (Toona ciliata), Pumsi (Machilus edulis), Arupatay (Prunus nepalensis), Kawlo (Machilus spp.) and Katus (Castonopsis spp.)

(x) A Committee comprising 3 (three) senior department Officers of the rank of Conservator of Forest and above shall overlook the Project of Compensatory Afforestation. The composition of the Committee shall be informed to the Petitioner and the Learned Amicus Curiae within a month from today. The Committee shall ensure that every tree felled is compensated by 10 (ten) saplings as undertaken by the Respondent No.2.

(xi) We make it clear that should the Compensatory replantation not be completed within the period specified above; the Petitioner is at liberty to approach this Court.

(xii) Strict compliance be made by all the Respondents to the observations of the Supreme Court in M. C. Mehta vs. Union of India and Others, in that, the balance between environmental protection and developmental activities could only be maintained by strictly following the principle of ―sustainable development‖. The strict observance of sustainable development will put us on a path that ensures development while protecting the environment, a path that works for all peoples and for all generations. It is a guarantee to the present and a bequeath to the future. All environment-related developmental activities should benefit more people while maintaining the environmental balance.

“The High Court with the hope and trust that all authorities concerned shall stay their hands from unnecessary felling of trees under the Smart City Project also vacated the stay order dated June 29, 2020 wherein the State Government was directed not to fell any further trees.” observed the HC 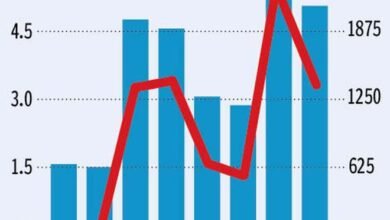 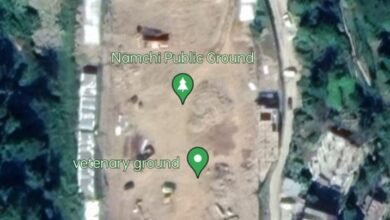