District Administration imposes section 144 ahead of Sikkimey Nagrik Samaj rally which was scheduled to be held on July 11.

The District Magistrate has issued an order to impose CrPC 144 from July 9 till July 12, right in the cusp of a brewing protest rally against the government’s inaction towards SC Gupta who is alleged of corruption. The rally was to be organised under the aegis of Sikkimey Nagarik Samaj who had just formed a ‘Joint Action Committee’ comprising of various politicians of the opposing parties and social activists to support their cause.

A Joint Action Committee had been formed under Sikkimey Nagrik Samaj consisting of several civil organizations as well as opposition parties to pressure the government to initiate action against Chief Secretary SC Gupta. Gupta has been alleged of siphoning state funds, as SNS have levelled serious allegations of financial misappropriation against him.

A meeting of various parties and groups along with members of SNS came into fruition as they formed that Joint Action Committee on Thursday. A protest rally was to be taken out on Monday, 11 July at MG Marg, owing to inaction by the government against Gupta.

Passang Sherpa of SNS has been vocal about the charges of financial misappropriation and has publically shown documents that make his case to prove his point.

Gangtok District Administration’s office shared a notification today that said that according to police and intelligence sources, the “procession and rally in and around MG Marg which may lead to a breach of peace resulting in the law and order situation in Gangtok.”

The notice from the DM further read, “And now, whereas, I am of the opinion that it is necessary to prohibit people from conducting such procession and rally in the following areas, carrying any weapons, arms and ammunitions including lathis in order to prevent any untoward incident which may further lead to disturbance to public peace and tranquility.”

The order is to come into force from July-9-2022 at 9 AM and shall remain in force till July-12-2022 till 6 PM. The order is not be applicable in case of law enforcing agencies such as, Magistrates, Police Personnel, Army, CRPF and Para-Military Forces and such other persons who are lawfully engaged in the maintenance of law and order.

The areas where the three day long Section 144 is to be enforced at are:
Entire stretch of MG Marg

Road leading to the Honble High Court of Sikkim

Saying that there were sufficient grounds for drawing the CrPC section, the there are  prohibitions in the above areas such as “any assembly of five or more persons conducting procession, sloganeering, shouting, rioting, protesting, staging a dhama or demonstration, picketing, postering, wall writing or carrying out any other activity whatsoever it may be, which may cause disturbance to the public peace and tranquility.” 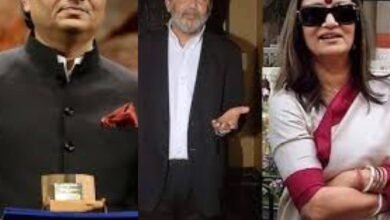 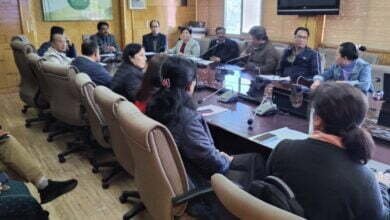 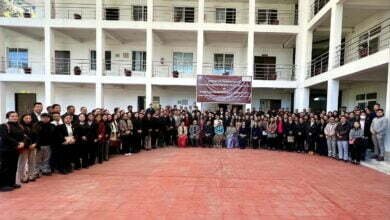