“So what’s been the best part of the Jorethang Badminton Premier League?” I inquired casually with a young professional player who has been a part of the first and the second edition of the competition. “Auction” he replied without a thought. “What’s the best thing about the auction?” I further inquired. “Recognition,” was the monosyllabic answer. His eyes twinkled at the word expressed and he smiled broadly as if giving himself an invisible pat on the back for having found a word that exactly matched the emotion that was running through his mind on the thought of the tournament with a difference.

The Jorethang Badminton Premier League has been a different take on sports and the way it functions. For starters, it has been a trendsetter of sorts to make sports in general and badminton, in particular, more engaging and involving. And the auction has been one of delight for sports lovers in Sikkim.

So what is the Jorethang Badminton Premier League auction?
For starters, let me start with a disclaimer. This is not an idea which has been completely new to the sporting fraternity. The likes of Indian Premier League auction paved the way to the idea of providing a platform for marquee players to be up for grabs by teams which were interested in picking them for their side. But what one has to give credit to the team of JBPL is that they tested the idea. They tried the format and that too for a sport which is not as popular as other sports say, football or cricket.

The team behind Jorethang Badminton Premier League had the chutzpah to try the format out and take a risk on conducting it the auction way. For that, they have to be given the credit. Hence, JBPL is a format where a set of professional badminton players from across Sikkim go under the auction hammer, to be ferociously bid by a set of 6 teams who would then want them to perform and win the championship for their respective team. Just like what you see when the Indian Premier League works for cricket, hooking and inspiring a nation.

How does the auction work?
For the first year, there were 60 professional players from all parts of Sikkim who were under the auction hammer and were picked by 6 teams. Hence, technically, a set of 10 professionals represented a team, In the second year of the league, there were 66 professional players from across Sikkim under the auction hammer and picked by 6 teams. Hence, a set of 11 players were selected per team for the 2020 edition of Jorethang Badminton Premier league. A kitty amount not exceeding Rs. 60,000 was the total amount bid. Within the amount, teams had to bid for 11 players, comprising of three categories viz. Heroes, Star Ladies and Star Players (Men and Veterans).

The star players went for open bidding and the heroes and star ladies going for the close bidding process. Any team which pays the highest for a player gets the opportunity to get the player as theirs. When the live bid happens, the profile of players is put up on the screen where all sic teams get a chance to reflect on the players’ credentials and accordingly bid for the ones who they would want in the team. In the end, each team would and should have 11 professional players as a part of their team.

JBPL Auction: Replicate the model for other sports in Sikkim
Should the JBPL auction be replicated to other sports? If the trend of the first and the second edition bears some testimony to the kind of participation and the wider appeal the format has for the players and the people in general, then it certainly should be replicated to other sports too. Team sports might need some bit of tweaking, but individual sports like boxing could well adopt this format so that there is more excitement to the engagement to the sport.

Jorethang Badminton Premier League is a model which has seen two years of successful bidding and next year I hear that there are out of Sikkim badminton players who have already shown great interest in becoming a part of this exciting journey. To sports and its spirit, may the games begin! 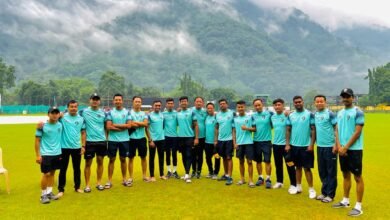 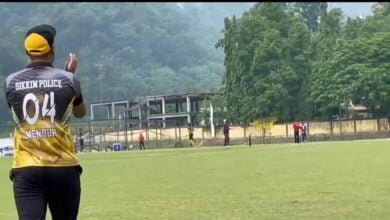 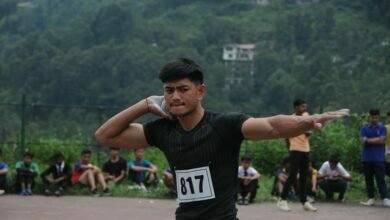