Seventy days after the viral incident involving Sumanta Kumar from Bihar, who had protested in Jantar Mantar against the implementation of Article 371F in Sikkim, was arrested by Sikkim Police on November 1 in Delhi.

Kumar, a resident of Gopalganj in Bihar on August 22 had protested at Jantar Mantar alongside another accomplice, of which the visuals had resulted in unhinged criticism from Sikkimese people.

The protest drew the attention of Sikkim Police and Chief Minister Prem Singh Golay who had spoken in detail of the accused ‘Sumanta Kumar’ in his Assembly address in September.

Sikkim Police acting upon the FIR complaint filed by one Lhendup Bhutia from Sikkim Mulbasi Suraksha Samiti on September 9 had initiated an investigation against the accused under IPC sections:
153A (Promoting enmity between different groups on ground of religion, race, place of birth, residence, language, etc., and doing acts prejudicial to maintenance of harmony); IPC 505 {(2) Whoever makes, publishes or circulates any statement, rumour or report with intent to cause, or which is likely to cause, fear or alarm to the public, or to any section of the public whereby any person may be induced to commit an offence against the State or against the public tranquility};nand IPC section 32.

Addressing the media, Gangtok District Superintendent of Police Tenzing Loden Lepcha stated, “We had initiated the investigation against Sumanta Kumar on September 13, the investigation was spread across 4 States of Bihar, Uttar Pradesh, Delhi and Haryana. He was finally arrested on November 1 in Delhi. Although he hailed from Gopalganj, Bihar, his current address was in Panchkula, Haryana.”

“He had one accomplice who was notably in many other similar protests unrelated to Sikkim in the past. Over the course of the Dharna, Sumanta claimed to have received over 700 calls. However, he took names of five individuals whom he accused of aiding or supporting his protest from Sikkim. They have been brought for interrogation,” the SP added.

Sikkim Police, further naming the individuals also informed of two more women who tried to aid Sumanta Kumar in his protest, told, “It appears his motive initially was very personal, having married a local lady from 8th Mile under Geyzing district in West Sikkim. He worked as a vegetable vendor there, it was then he learned of his rights and Article 371F following his marriage to the lady.

However, following his protest in Jantar Mantar the protest took a turn for a political issue. Our investigation has been solely towards what he did over social media. His posts had created mistrust and disharmony among the Sikkimese populace”.

Four police personnel searched for 45 days across 4 States, as Sikkim Police claimed, “He worked as in food delivery services and as security personnel in Delhi, meaning it was tough to track him. Besides, he was following the affairs of Sikkim through social media, hence he always had an edge during our investigation. People who called him and whom he named, offered him support as well as promises of sending money, urging him to stay underground following his protest going viral. He had changed his phone number multiple times, changing sim cards making it tough for us track his whereabouts”.

Among the five accused of involvement, Sikkim Police claimed they have held first round of interrogation.

“We had prepared and given set of questions to the accused, to match the statements. We will have to conduct technical analysis, link up the statements only then can we have evidence against them. We will also be tracking his salary account and other financial transactions with the people he has named. Arrest is the beginning of investigation,” the police said implying the investigation is still undergoing and aspects of it are still being unveiled. 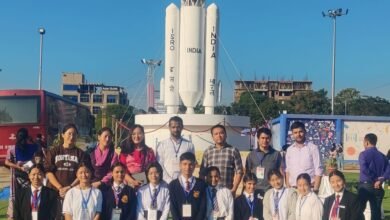