Addressing a presser at Lumsey here on Wednesday, Bhaichung shared the story of his loss from the night before the election in New Delhi.

“The night before the election, around 18-19 State football association representatives were confident about voting me as president. But around 8 pm, 33 state body representatives were taken to a room for a meeting, where a Union Minister had come. I along with my nomination seconder from Rajasthan football body was barred from entering the room. We were unable to call those inside the room. They had jammed the network it appeared as such. The Union Minister stayed till 2 am”. Bhaichung narrated

“It took 3 Union Ministers, around 8-10 Chief Ministers to ensure one man lost the election. Prior to their intervention, I was confident about securing 18-19 votes. It really surprised me that an election for a football body had so much political intervention. I can now say that I have shaken the government in power, otherwise such politicization would not have happened. If they want to politicise it, they should be open about it, then we could have very well fought under political symbols. Now to say that the AIFF election was not political is a bit unacceptable and unfortunate”.

With media reports and one of the representatives of Rajasthan football body openly mentioning about Union Minister Kiren Rijiju’s involvement in the meeting, the night before the election. Bhaichung stated, “I do not want to call out names. There is nothing personal, it is a professional decision of his. At the end of the day, he was a friend of mine, a close friend. But he is also a leader of a political party, there is pressure and rules he has to follow. We will not try to mix personal and professional relationships. Personally we won’t have a problem but professionally we might due to ideological differences”.

Bhaichung Bhutia also informed that he will resign from his executive position and role as technical advisor to Sikkim Football Association, only to continue as a member. Bhaichung also declined from going into the details of Menla Ethenpa but wished him best for being nominated as an executive member of AIFF. Upon being asked by the media, Bhaichung shared, “For 2-3 elections of AIFF now, he has been voting in favour of winning horse. His bid to be the treasurer of AIFF didn’t work. Now we shall see how he will ensure a platform for our players and funds of Rs. 50 lakh will be utilized for player’s benefits. I will also write to the general secretary to ensure an investigation is carried out against the Sikkim Football Association on fund misappropriation that has happened”.

Upon his return on Tuesday, Bhaichung had challenged the leaders of North East for better representation, on being asked about if the current representation in the Centre was wrong, Bhaichung stated, “I do not want to single out a leader, but there are lot of politicians and businessmen from the North East who pretend to represent us. But when they have personal or political benefits, they forget the North East. They should not be lecturing about North East unity, they should walk the talk. North East needs to stay united against such individuals”.

On the kind of response and support he got from Sikkim and the North East for the election, Bhaichung shared, “The people across North East are huge football fans, they are aware and it is seen through social media, that they are not happy about the result. They know very well about how much North East dominates Indian football. Someone who was there to genuinely promote Indian football was not given that opportunity due to political interference. I think people are intelligent enough to decide”.

On players representing association and AIFF in the future, Bhaichung shared, “We have been fighting for players voting rights, which the Supreme Court had initially given. I had filed a re-petition that it should stand. But the Supreme Court to lift the FIFA ban and having the U-17 Women World Cup organized later this year they went ahead with the earlier one. The new constitution is being framed, we are putting pressure that the verdict on player representation in association should stay. Once the constitution is framed, we will decide on the next step”.

Bhaichung also remarked that the loss may have been a blessing in disguise as he intends on keeping his focus on politics in Sikkim and work for Sikkimese people. 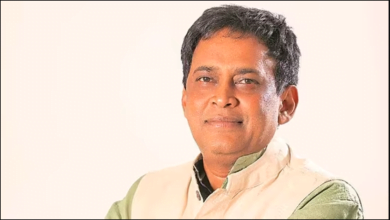