On 28th June, we all got the news of ad-hoc teachers recruited through interviews in 2020 seeking intervention from the education department to spare them from requiring to sit in the interview this year for the same ad-hoc posts. But this is not the first time that the ad-hoc teachers have been made to come to roads to voice their concerns. We have witnessed a number of meetings, protests., etc. with ad-hoc teachers seeking solutions to their numerous problems.

It is known to everyone, that the concept of ad-hoc teachers gained prominence in the aftermath of a push to liberalize/neoliberalism economy not long time ago. In addition to the cut in expenses due to the lower salaries (as well as lack of perks and privileges), recruiting teachers on ad-hoc basis also gave an advantage to the government to ensure their loyalty to the ruling party. The sheer insecurity that comes along ad-hoc employment has kept the teachers at their toes and systematically silenced their voices whenever they have attempted to raise their concerns.

In the present case, it can be easily understood that the teachers who were interviewed last year are simply being harassed by making them sit again for the same posts. To conduct interviews for fresh candidates is a welcome step, but harassing teachers who served their duty diligently amid a pandemic is condemnable. The Government must reverse the policy and conduct interviews only for the fresh candidates. Meanwhile, it must be ensured, that the selection process is completely fair and not just an eyewash to get the loyal candidates in.

Although, we do not go against the move to regularize ad-hoc teachers who have completed eight years of uninterrupted service (as a one-time relaxation policy), but strongly criticize the policy to continue the same process, thus doing away with recruiting permanent teachers through interviews. This policy will further embolden the party in power to suppress any dissent whatsoever and monopolize political support in their favor. The teachers will be the one at harm.

All the problems mentioned above are interrelated with one another, and thus mere tweaks and turns here and there will not solve the issue. We need a completely new and scientific recruitment policy. Although, the huge salaries with a lot of perks and privileges are  given  to the bureaucrats and Ministers to identify and solve such problems, in our capacity we would like to suggest some measures:

1) Keep the ad-hoc recruitment to the minimum and conduct interviews for regular posts. Interview for permanent posts should be conducted every few years.

2) With the kind of inflation we are going through, increase the salary of Ad-hoc employees and ensure that ad-hoc teachers are not forced to sit for the interview again and again for the same post.

With the  privilege of Article 371(f) and our unique history, it is not that difficult to pushback the neoliberal agenda of New Delhi and bargain the above measures, if our leaders had some political will and a sincerity to the principle of “Democratic Socialism”, which they claim to be the champions of! 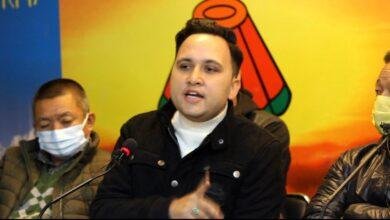 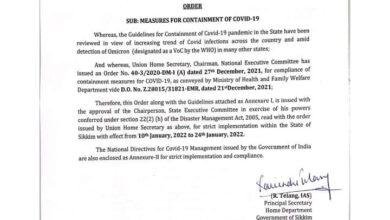 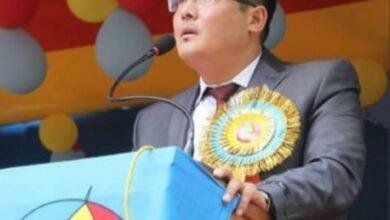