A new office memorandum from the Government of Sikkim notified that government servants cannot be executive members of associations or organisations other than those related to sports, literature, arts, culture and alumni.

The memo states, “Rule 7 of the Sikkim Government Servants’ Conduct Rules, 1981, requires a Government servant not to join or continue to be a member of an association the object or activities of which are prejudicial to the interest of the sovereignty and integrity of India or public order or morality.”

“Lately, it has been observed that the State Government employees are requesting for permission to hold executive posts in various organizations/associations.“

Therefore, in continuation to the instructions related thereto as provided under Sikkim Government Servants’ Conduct Rules, 1981, the State Government is hereby pleased to decide that henceforth the Government employees can be permitted only to be an ordinary member of organizations/associations and they shall not hold any executive posts therein.

“Government employees already holding the executive posts in various association / organization shall relinquish such posts in compliance to this directive.

“However, Government employees shall be permitted to hold executive posts in associations / organizations related to sports, literature, arts, culture, alumni and service matter only,” the memorandum added.

“The notification issued by the Government of Sikkim vide No. J(20)/1834/GEN/DOP dated 31st May 2022 restricting government employees from holding any executive posts in organisations/ associations is highly condemnable and is an effort similar to one made by the previous government to restrict the involvement of the any government employees which had to be withdrawn soon after issuing it.

Non- governmental organisations/ associations play a pivotal role in the holistic development of our society. Every citizen of this country has a basic rights, right to participate and further the growth and strengthen our society irrespective of the occupation they are involved in. In a state like Sikkim where the state government is the biggest employer the impact of this rule would we felt more strongly as this rule would not allow them to be a part of wellbeing of the community which many of these organisations/ associations promote.

Reform Call believes that the government employees of Sikkim are an integral part of our society and have played an integral role in the development of the state in every aspect and to withhold their involvement in any organisation would be detrimental to the cause of the development of the state. We believe that the government employees have all the right to be involved in all organisations and perhaps, even have the freedom to express their political thoughts and concerns without fear and prejudice.

Therefore, we strongly demand that the government withdraws this notification at the earliest.

Furthermore, we demand that the government should look at banning members of any political parties from being associated with any organisations as they tend to add political bias and colour to the organisation that they join.” 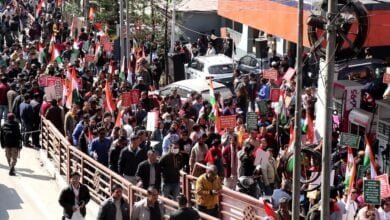