Sikkim Krantikari Morcha on behalf of the Public of Sikkim, condemn the statement issued by Former Chief Minister and SDF President Shri Pawan Chamling, in which he has asked for the resignation of Hon’ble Chief Minister Shri Prem Singh Tamang (Golay) on baseless political allegations made against the government. From his statement, it becomes clear that Shri Chamling without power is like a fish out of water and is desperately looking for a way to grab power once again by hook or crook.

This is why shri Chamling along with his daughter Miss Komal Chamling uses baseless pretext to demand the resignation of Hon’ble Chief Minister Shri Prem Singh Tamang (Golay). From looking at the past we see that not just Shri Pawan Chamling but his daughter Miss Komal Chamling and the entire family is desperately working to defame the present government by hurling baseless allegations against SKM government and demanding the resignation of the Hon’ble Chief Minister Shri Prem Singh Tamang (Golay) for no rhyme or reason. This is not just an attack on democracy or democratic values, but it also exposes the Chamling family’s utter disrespect for the people’s mandate.

Answering a question put up by the SDF media, Shri Chamling quoting Arun Limboo’s so-called attack said that the SKM leadership was openly flaunting goons and muscle power and that Sikkim was under Goonda Raj with Goondai Raja. This allegation is not just baseless, but also laughable. In the so-called Arun Limboo’s attack case the state government has taken prompt action by immediately arresting the suspected attackers under non-bail able section.

This is for the first time in the political history of Sikkim, that an FIR of assault lodged by an opposition party worker was taken into cognizance by the state police, followed by strict and immediate action against the suspects. Similarly, to compare it with an attack against those who spoke against the then Chamling government, like the attack on Hamro Prajashakti newspaper office, there was no progress in the said case and no justice served.

Furthermore, there are numerous cases of political assault, vandalism and even alleged political murders that took place during the SDF regime, but none of them were investigated by the police due to political interference from the SDF leadership. In one such instance, the present HRDD Minister Shri Kunga Nima Lepcha, then a Congress (I) candidate, was grievously injured in a murderous attack on him by the ruling SDF party workers in broad daylight at Jorethang. Not even a single attacker was questioned or arrested in the said case. Similarly, an independent panchayat candidate of Mangsari, under Soreng-Chakung constituency was brutally murdered while campaigning for panchayat elections. But no action followed nor a proper investigation was undertaken, denying justice to the grieving family. Who can forget the murder of a vibrant opposition leader, Late Tara Man Chettri of Melli in broad daylight. But like the others this case too was hushed up without making a single arrest.

One of the most shocking incident was that of the murder of Late Nanda Lal Sharma of Sakyong, West Sikkim. In this case, the family of the deceased had lodged a FIR naming a Chairman (VIP) and a close aid of shri Pawan Chamling. Although the police arrested the accused but was immediately released on bail. Here it can be seen that no non-bail able sections were levied on the accused, keeping in mind the VIP status of the accused. Comparatively, in the Arun Limboo’s attack case, strict action followed with non-bail able sections registered against the accused. This is evident enough to show that the government is intolerant towards crime in the state and will take necessary measures to curb crime in the state.

In one of his answers, Shri Chamling has advised that a more humane SKM leader replace Shri Prem Singh Tamang (Golay) as the Chief Minister of Sikkim to restore some amount of peace and security in the state. Well, with the prompt action shown by the police in the Arun Limboo assault case, we can see that the state is in good hands and that there is no replacement required. Similarly, Shri Golay is one such leader who has already declared that he would hold the Office of the Chief Minister for not more than two terms and that his alternative was already born in the party. But comparatively, Pawan Chamling always declared that there was no alternative to him and that none other than him could lead the state. Hence, such statements coming from someone like Pawan Chamling himself is utterly laughable. 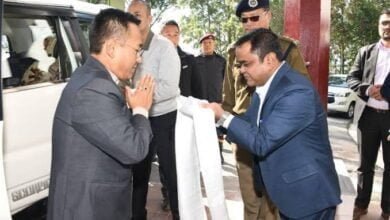 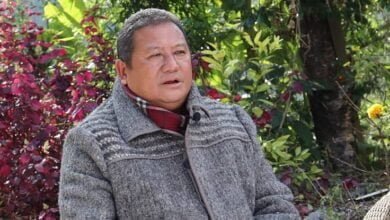 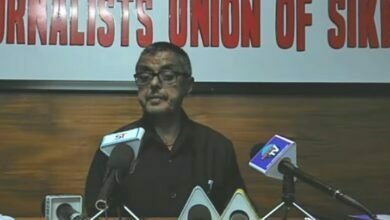