97 Delta variant of Covid19 found in Sikkim. According to various research The Delta variant is more severe with high transmission rate compared to other variants of the Covid-19

On June 23, 98 random samples of COVID-19 positive patients from Sikkim were sent for genome testing  at National Institute of Viralogoy at Kalyani, West Bengal, out of which 97 samples were found to confirmed Delta variant.

Dr MK Sharma, Health Minister, informed that the confirmation of the 97 delta variant cases was sent through email yesterday morning.
Dr sharma during the presser informed that this variant of the coronavirus is severe and the level of transmission is high compared to other variants of the COVID-19 virus.
” The delta variant is severe and infective  compared to other variants,  its our appeal to the citizens to follow COVID-19 appropriate behaviour strictly” Dr Sharma added.

Dr Sharma also stressed that the surge in COVID-19 cases in Sikkim can also be due to spread of Delta variant ” The COVID-19 positivity rate in Sikkim has been at 18.6% in July so far,we can now conclude that the positivity rate hasn’t gone down because of the spread of Delta Variant in Sikkim. The Covid-19 fatality is at 0.59 which is not so worrisome right now,”  added Health minister

Furthermore, Dr sharma informed that the health department will  follow up on samples of patients who have already recovered, which would help the department trace and understand Covid positivity in certain areas and communities of sikkim for the containment of the Delta variant in the state.

With the evolving nature of the virus, sikkim has not been left behind with more than 18.6 positivity rate till date and the reason behind the surge of positve cases can delta varient be blamed?

Data indicate that Delta is 40-60% more transmissible than Alpha and almost twice as transmissible as the original Wuhan strain of SARS-CoV-2. Furthermore, significantly more viral particles have been found in the airways of patients infected with the Delta variant. A Chinese study reported that viral loads in Delta infections were ~1,000 times higher than those in infections caused by other variants. In response this information, the World Health Organization (WHO) regards Delta as “the fastest and fittest” variant so far.

According to surveys conducted in the UK, where Delta accounts for 90% of current COVID-19 cases, symptoms of Delta tend to be a little different from other strains, but that does not necessarily mean the associated symptoms are more severe. Fever, headache, sore throat and runny nose are common, while cough and loss of smell are not. Other reports link Delta to more serious symptoms, including hearing impairment, severe gastrointestinal issues and blood clots leading to tissue death and gangrene. Research is ongoing to determine if Delta infection is associated with increased hospitalization and death 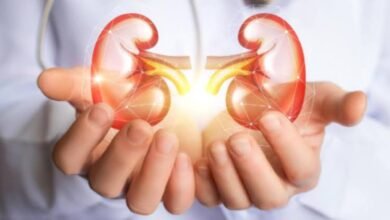 Kidney Solutions: The stand against fifth Highest Cause of Global Deaths Is Sikkim prepared for the anticipated third wave and new variant of Coronavirus?